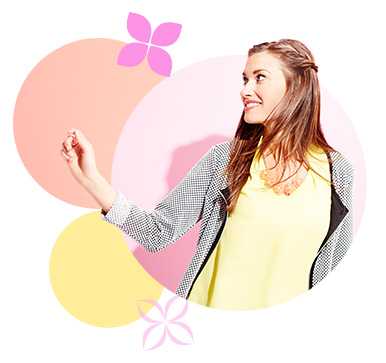 Jeff Yurcisin was named president of Zulily effective August 15, 2018. In this role, he oversees the online retailer and its thousands of team members, who bring special finds to its customers every day via its highly personalized digital experience. Jeff and his Zulily team play an integral role in the continued evolution of Qurate Retail Group and its focus on delivering a differentiated shopping experience for consumers. Jeff joined Qurate Retail Group after 14 years with Amazon, where he led several large businesses with a track record of rapid innovation and strong sales growth. Most recently, as vice president leading Amazon Fashion’s Private Brands business, he helped launch dozens of brands across women’s, men’s and children’s categories, including Amazon Essentials (basics for men and women), Buttoned Down (premium menswear), Goodthreads (casual menswear), and Spotted Zebra (playful apparel for kids) and others. Prior to this, as vice president of Amazon Fashion, Jeff led teams across men’s, women’s and kids/baby categories. Jeff previously served as general manager/CEO of Shopbop, a wholly owned, independently operated subsidiary of Amazon. Jeff succeeded the founder and led Shopbop’s rapid expansion in the U.S. and internationally. He led new site re-designs, launched a men’s business, and began offering free 3-day shipping worldwide. During his leadership, Shopbop emerged as one of the leading fashion boutiques worldwide. Prior to Amazon, Jeff held positions in strategy consulting (Oliver Wyman and Boston Consulting Group) and in the tech startup space (Broadband Office, a Kleiner Perkins funded SaaS). Jeff earned his bachelor’s degree in economics from Princeton University and his MBA from Harvard Business School.

John Lohnas was named chief merchant of Zulily in May 2019. John is responsible for overseeing the merchandising division of the business – one of the largest buying teams in the industry – to drive curated merchandising, business development and international vendor growth strategy. As a retail veteran with more than 20+ years of experience, John most recently comes from nine years at Amazon as the general manager and director of apparel, first for the U.S. and later Europe, where he built and led a multi-billion book of business. He also previously led teams at Nine Star Sports and LVMH. He graduated from the University of California, Santa Barbara.

Courtney Kissler joined Zulily in January 2021 as CTO and SVP of Technology. Previously she was Vice President Global Technology at Nike accountable for building a re-usable seamless platform to power Nike Direct to Consumer experiences, core commerce services, user services, consumer data engineering and global retail solutions. She also led the Global Supply Chain, Fulfillment and Logistics teams worldwide and was driving transformation across the supply chain ecosystem. Prior to that, Courtney was the VP of Retail Technology at Starbucks where she led global POS and retail store technology experiences. Courtney spent 14 years at Nordstrom, starting in infrastructure and security, moving into delivery leadership roles with her last role being the Vice President of E-Commerce and Store technologies where she drove a technological transformation essential for outpacing the demands of today’s Omnichannel consumers. In all 3 organizations, Courtney drove transformation in ways of working, moving to more outcome-based delivery of technology using modern practices, including DevOps. Courtney brings diverse technology experience from startups, CyberSafe and WorldStream Communications, to beloved global brands.

Rena joined Zulily in 2019 as CFO and VP of finance. She has spent most of her career in retail finance, specifically brick-and-mortar. Having worked with iconic brands including Eddie Bauer, Nordstrom and Whole Foods Market, Rena is excited to bring her expertise in the industry to ecommerce. Rena grew up in Seattle, graduated from the University of Washington with undergraduate degrees in finance and accounting, as well as master’s of business administration. Outside of work, Rena loves spending time with her family, playing competitive badminton and traveling.

Kiran Akkineni is the Zulily chief marketing offer and senior vice president of marketing. Kiran joins Zulily with more than 15 years of marketing experience leading large teams to drive business outcomes by building best in class marketing organizations, driving a customer-first mentality, and creating a strategic marketing vision. He previously worked at Zulily during the company’s early years from 2010-2013, and has since worked in leadership roles across marketing, analytics, and technology for startups such as Porch and Dolls Kill and larger tech companies like Expedia, where he was most recently vice president of analytics for Brand Expedia Group.

Bergitta joined Zulily in 2014 after working in-house at Nordstrom for five years. Prior to joining the fashion retail world, Bergitta was a First VP at Washington Mutual Bank in the litigation group. She started her legal career at Davis Wright Tremaine in Seattle, where she was partner in the litigation and employment departments. Bergitta earned her law degree from New York University and her BA in international relations from Pomona College.

Kelly Wolf is the VP of people at online retailer Zulily, where she leads the people team, which oversees human resources, talent acquisition and more. With 20+ years of experience leading diverse and progressive HR organizations, she previously led various teams at Amazon and Shopbop.com during periods of rapid growth including employee relations, talent acquisition and management, and leadership development. With additional expertise in product management, business intelligence, organizational design, and change management, Kelly is a culture leader passionate about identifying and implementing business-aligned HR strategies across diverse sets of functional areas. Outside of work, Kelly is an avid reader and soccer fan.

Ron Kelly has been at Zulily for over five years leading the Triple Z (formerly known as Zulily Partner Services) initiative in addition to the vendor operations team. Prior to Zulily, Ron spent 15 years in e-commerce leading various teams responsible for transportation and logistics, supply chain operations, customer service, operational analytics and omni-channel. Ron also spent 7 years in public accounting with Deloitte and earned his accounting and finance degree from the University of Oregon. In his spare time, Ron enjoys exploring the Seattle restaurant scene with his wife, running marathons, and following the Oregon Ducks.

Tim Ragland joined Zulily in 2016 and was named VP of business development for Zulily in August 2021. In this role, Tim leads Zulily’s business development organization, which is responsible for identifying and closing vital brand partnerships to meet key growth initiatives for Zulily and ensure Mom gets great fresh finds. Most recently, Tim served as Zulily’s VP of analytics, where he led a team of analysts and data scientists responsible for generating insights, programs, products and data solutions for the marketing, merchandising and technology teams. With more than 15 years of experience in various leadership roles within finance and analytics, Tim previously spent four years at Sephora supporting the Sephora and JCPenney partnership focused on growing the luxury beauty category. Prior to that, Tim served in various financial roles at Avid Technology and Plantronics. Tim earned both a bachelor of arts of business management and a masters of science of applied finance and economics from the University of California at Santa Cruz. Outside of Zulily, Tim is focused, along with his wife, on raising his daughter to explore potential passions in music, outdoors, cooking and art like her mom and dad.