Back to The Reader's Corner: Books & Beyond Back 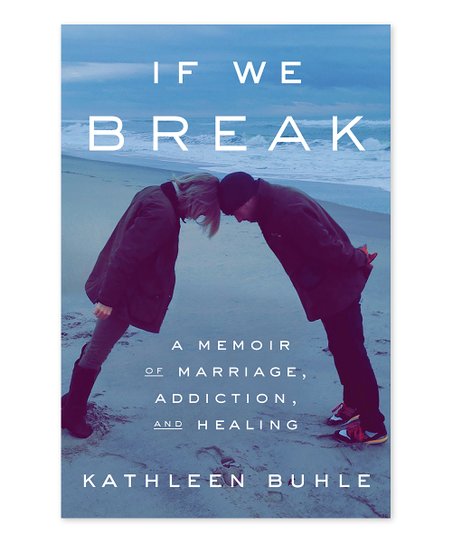 love this product Penguin Random House | If We Break Hardcover

This is not a story about good versus evil. Or who was right. Or who was better. For decades, Kathleen Buhle chose to play the role of the good wife, beginning when, as a naive young woman from a working-class family on the South Side of Chicago, she met the dashing son of a senator at the Jesuit Volunteer Corps in Oregon. Within months of falling in love, Kathleen found herself pregnant and engaged, living a life beyond anything she'd ever known. Determined to build her family on a foundation of love, Kathleen was convinced her and Hunter's commitment to each other could overcome any obstacle. But when Hunter's drinking evolved into dependency, she was forced to learn how rapidly and irrevocably a marriage can fall apart under the merciless power of addiction.

When the lies became insurmountable, Kathleen was forced to reckon with the compromises she had made to try to save her marriage. She wondered if she could survive on her own. The result is a memoir that is page-turning and heart-breaking. Here Kathleen asks why she kept so much hidden- from her daughters and herself- for so many years, why she became dependent on one man, and why she was more faithful to a vow of secrecy than to her own truth. This inspiring chronicle of radical honesty and self-actualization speaks to women who have lost part of their identity and want to reclaim it.