Back to New Today Back
all gone 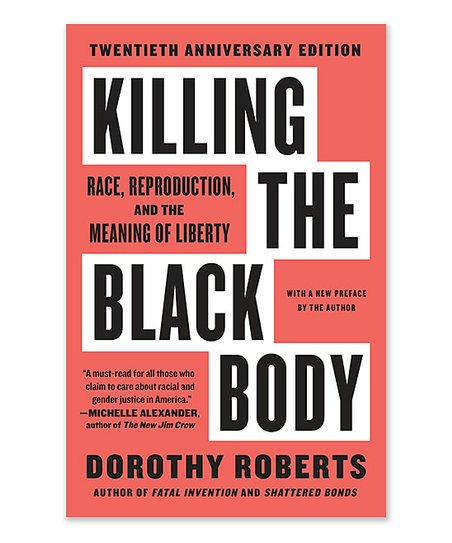 In 1997, the image of the ''Welfare Queen'' dominated white America's perceptions of Black women. Legislation was being proposed to deny benefits to children born to welfare mothers and to require insertion of birth-control implants as a condition of receiving aid. Meanwhile, a booming fertility industry was catering primarily to infertile white couples. Dorothy Roberts's landmark book, Killing the Black Body, made a powerful entrance into the national conversation of the era, exposing America's systemic abuse of Black women's bodies, from slave masters' economic stake in bonded women's fertility to government programs that coerced thousands of poor Black women into being sterilized as late as the 1970s. These abuses point not only to the degradation of Black motherhood, but to the exclusion of Black women's reproductive needs from the feminist agenda. Killing the Black Body turns 20 next year and is as relevant today as it was upon publication. In our current moment of Black Lives Matter, Between the World and Me and authors like Chimamanda Ngozi Adichie and Roxane Gay speaking out about feminism and race, Killing the Black Body offers a vision of reproductive freedom that respects each and every American.