Back to Nonfiction Reads for Adults Back
all gone 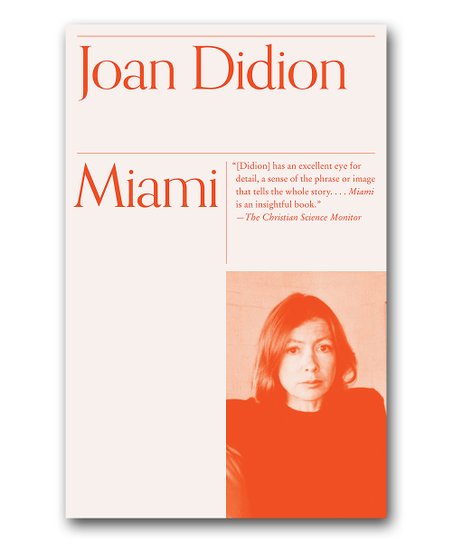 Miami is not just a portrait of a city, but a masterly study of immigration and exile, passion, hypocrisy and political violence, from the bestselling, award-winning author of The Year of Magical Thinking and Let Me Tell You What I Mean. It is where Fidel Castro raised money to overthrow Batista and where two generations of Castro's enemies have raised armies to overthrow him, so far without success. It is where the bitter opera of Cuban exile intersects with the cynicism of U.S. foreign policy. It is a city whose skyrocketing murder rate is fueled by the cocaine trade, racial discontent, and an undeclared war on the island ninety miles to the south. As Didion follows Miami's drift into a Third World capital, she also locates its position in the secret history of the Cold War, from the Bay of Pigs to the Reagan doctrine and from the Kennedy assassination to the Watergate break-in.