Back to Curl Up With a Good Book Back 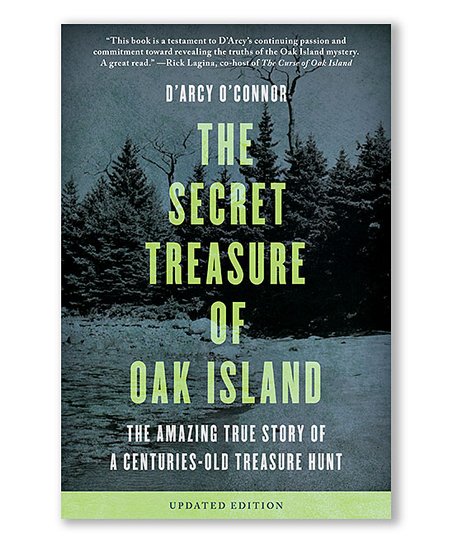 This treasure hunting book is the prequel to History Channel’s popular show The Curse of Oak Island. In this new edition, D’Arcy O’Connor shares the most recent treasure hunts and finds on Oak Island, a small patch of land off the coast of Nova Scotia. The notorious Captain Kidd was rumored to have left part of his treasure somewhere along here, among other buried treasures. In 1795, when Daniel McGinnis and two friends started to dig up the island, they found what turned out to be an elaborately engineered shaft constructed of oak logs, non-indigenous coconut mats and landfill that came to be known as the Money Pit. Ever since that summer day in 1795, the possibility of what might be hidden in the depths of a small island has made it the site of the world's longest, most expensive and most perplexing treasure hunt. O'Connor recounts the fascinating stories and amazing discoveries of past and current treasure seekers who have sought Oak Island's fabled treasure for over two hundred years. It has baffled scientists and madmen, scholars and idiots, millionaires and get-rich-quick schemers, psychics, engineers, charlatans and even a former president of the United States. The island has consumed the fortunes-and in some cases, the lives-of those who have obsessively set out to unlock its secret.