Back to Our Buyers' Fave Books Back
all gone 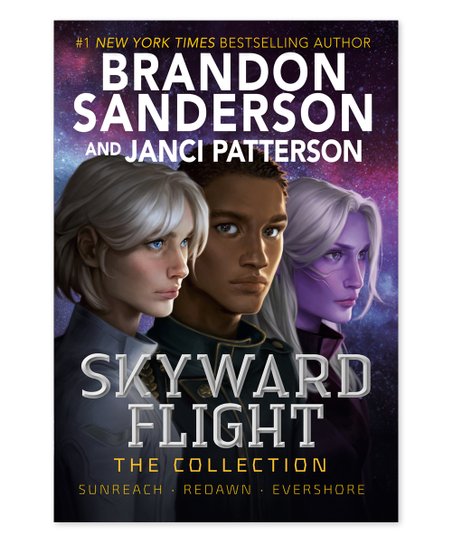 Journey with Skyward Flight to Detritus — humanity's final refuge from the hostile Galactic Superiority government. In Skyward, Spensa Nightshade became a starfighter pilot in the Defiant Defense Force's Skyward Flight to battle Superiority forces. In Starsight she impersonated the alien Alanik to infiltrate a Superiority space station and steal their hyperdrives. And in Cytonic she traveled the strange dimension of the Nowhere to discover the secrets of the planet-destroying Delvers and unlock her own Cytonic powers. As she is stuck in the Nowhere, Spensa's companions FM and Jorgen in Skyward Flight are left on Detritus with a new mandate: figure out how to use the hyperdrives so that humanity can escape the planet and find allies among other species oppressed by the Superiority. First comes a distress call from Minister Cuna and other diones on the abandoned outpost of Sunreach. Alanik's people on the planet ReDawn and the Kitsen from the planet Evershore also need Skyward Flight's aid in their desperate battles. The tales of FM, Alanik and Jorgen combine to expand the universe of the New York Times bestselling Skyward series to new action-packed heights. Once you've claimed the stars, can you keep them free?